Comedian Eshetu is in rural school 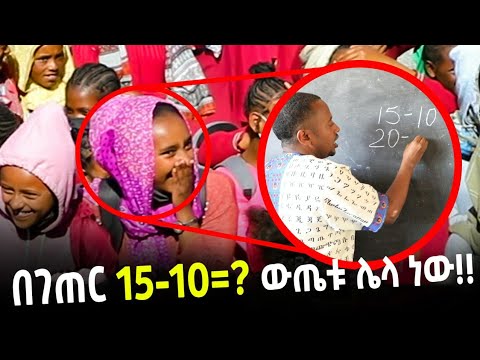 Eshetu, a comedian, has a new motivating album out today. This is a one-of-a-kind piece of art. This image is primarily for our generation. Start by watching this video to become encouraged; the title is “Don’t Receive Negative Words.” Take pleasure in it and be inspired.
Eshetu, a comedian, is the show’s creator and producer. After the high-profile anti-government protest, he announced he wanted to seek refuge, and he is now in the United States. The heavy security that accompanied the African Union conferences in Addis Ababa was a typical occurrence, with highways being blocked and parts of the city coming to a halt.

This was one of the more amusing insights made by one of Addis’ stand-up comedians. The joke was received with laughs and cheers from the audience at the Sheraton Addis Yisakal stand-up comedy night.

Another stand-up comedian continues the jokes about the African Union, this time discussing why the AU summit is held in Addis Ababa so frequently. “I am sick and tired of the African Unity, the integration, the union, the development, and all the hoopla,” one of the stand-up comedians, Abiy Melaku (Jammy), stated during an impersonation performance of Nelson Mandela’s discontent with the African Union. I understand why they’ve come here: for the women.