HomeMust WatchMeet the man with the largest family
Must Watch

Meet the man with the largest family 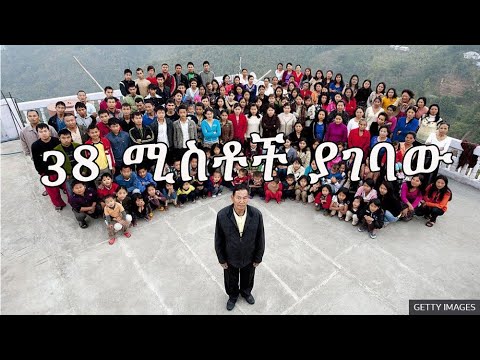 Ziona, a man from a village in Mizoram, India, is thought to have the world’s largest family, with 193 members. He married his first wife at the age of 15 in 1959, and he now has 39 spouses, 94 children, and 33 grandchildren. A film chronicles the now 72-year-old man’s daily activities. The wives sleep in enormous communal dormitories in a 100-room, four-story home located amidst the highlands of Baktwang hamlet in the Indian state of Mizoram. ‘Today, I feel like God’s unique child,’ Mr Chana told the Sun. He’s entrusted me with a large number of people. The family is run with almost military precision, with the oldest woman, Zathiangi, assigning home responsibilities such as cleaning, washing, and meal preparation to her other partners. They can pluck 30 chickens, peel 132 pounds of potatoes, and boil up to 220 pounds of rice in one evening meal.
Mr Chana also happens to be the head of a sect that permits members to have as many spouses as they wish. When he was at his most prolific, he married ten women in a single year and sleeps in his own double bed while his wife sleep in common dorms. The younger women sleep close to him in his room, while the senior members of the family sleep further away.