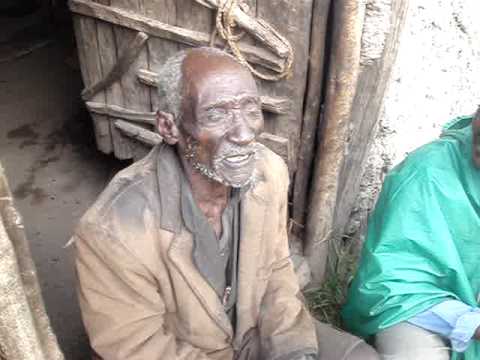 MANY people are unaware of Italy’s invasion of Ethiopia in 1895, but one guy claims to have witnessed the conflict. Dhaqabo Ebba, a retired farmer from Ethiopia, claims to be 160 years old, making him the world’s oldest living man.
He claims to remember the invasion of his country by Italy in the 19th century, but he has no birth certificate to substantiate his age. In an interview with Oromiya TV, he gave so much information about his hometown’s history that reporter Mohammed Ademo was persuaded Mr Ebba was at least 160 years old. This would put him 46 years ahead of the all-time record holder. Mr Ebba explained, “When Italy invaded Ethiopia, I had two wives and my kid was old enough to tend livestock.” He went on to tell of his eight-day horseback trips to Addis Ababa as a boy, a journey that now takes only a few hours. There is no paper trail and no surviving witnesses to prove Mr Ebba’s age because he grew up in an oral society. If his claim is medically verified, he will dethrone 115-year-old Misao Okawa, who is presently the world’s oldest living person, according to Guinness World Records. He would also surpass Frenchwoman Jeanne Calment as the world’s oldest person.