Message from kids about adwa 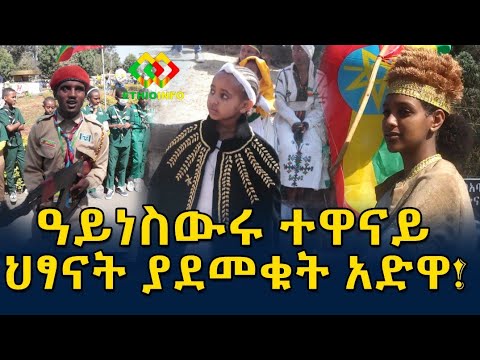 The Battle of Adwa took place 126 years ago, in March 1896, when Ethiopians from all over the country marched to Adwa and vigorously fought against the colonial aggressor force of Italy. The triumph served as an example for all of Africa to struggle for independence and beyond. The Adwa victory also elevated Ethiopia to the status of a global symbol of black liberation.
This historic triumph has served as an inspiration for freedom fighters across Africa, as well as oppressed people around the world, sparking resistance against oppression. Hundreds of thousands of Addis Ababa citizens have converged to Emperor Menelik Square in Piasa since early this morning to commemorate the 126th Anniversary of the Victory. Many people flocked to the streets wearing traditional clothing and colorful T-shirts depicting Emperor Menelik II and Empress Taitu, as well as other Ethiopian patriots who heroically opposed the Italian invaders at the Battle of Adwa. Patriots, veterans, religious leaders, high-ranking government officials, and members of the diplomatic community gathered at Menelik Square in the heart of the capital for the celebration.
Traditional performances depicting the march of Ethiopians towards the battle of Adwa were produced by equestrians, youths, and students from numerous schools in the city. The victory day has been celebrated in a variety of ways in major cities and communities around the country.