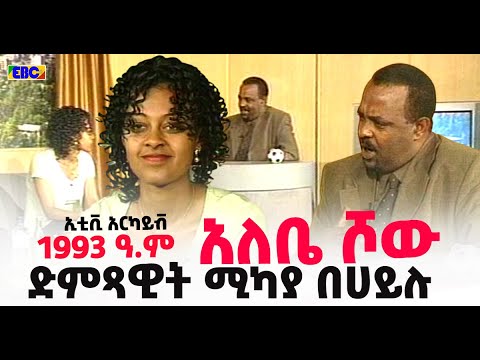 Alebachew Teka (1962–2005) was born in Wurgessa, a tiny hamlet in North Wello. He finished his primary schooling at Wurgessa junior high school before transferring to Addis for high school. Alebcahew has always enjoyed comedy, even since he was in elementary school. He was a well-known and well-known comedian in Ethiopia at the time. He also presented The Alebeh Show, a chat show broadcast by Ethiopian Television (ETV). The weekly show, which was fashioned after the American The Tonight Show, was a hit and helped him gain national recognition. Alebachew died in a car accident while heading from Addis Ababa to Jimma, a city 124 miles west of the capital, to film a documentary for a new show on Sunday, January 16, 2005. His automobile is said to have crashed into a gully around 30 kilometers from Jimma. At the time of his death, he was 44 years old. Alebachew’s death was met with astonishment, and his funeral was attended by almost 60,000 people at St. Joseph’s church on the outskirts of Addis Ababa. He was survived by his wife, two kids, and son.