The richest man in Africa 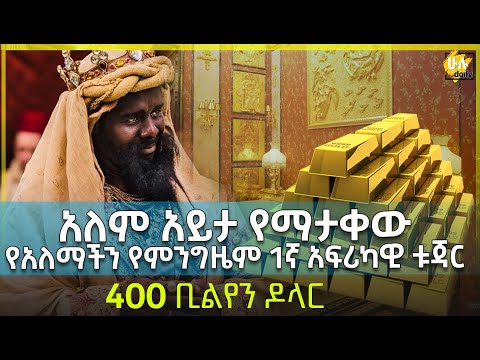 Everyone desires to make a lot of money and be ranked among the world’s wealthiest people. Most philosophers will tell you that money doesn’t make you rich in the long run, and a crown of gold won’t make up for a hole in your heart, but if you’re wealthy, people all over the world will remember you. Every few years, the title of richest person on Earth appears to ping-pong between tech titans. Despite their fortune, Jeff Bezos and Elon Musk will never be the richest people on the planet. They’re still a long way from African King Mansa Musa, who is regarded as the world’s richest man, “richer than anyone could describe.” Mansa Musa, the fabled monarch of Mali’s immense West African empire, led one of the greatest caravans to ever cross the Sahara. Musa traveled to Mecca in 1324 on a hajj, a religious pilgrimage, with an entourage of 8,000 courtiers, 12,000 servants, and 100 camel loads of pure gold. Musa was born in 1280, and Mansa means “Sultan” in Mandinka, the region’s native language. He ascended to the throne in 1312, and during his 25-year reign, the Kingdom of Mali grew to encompass the modern-day countries of Senegal, Mali, Burkina Faso, Niger, Guinea, and the Ivory Coast.