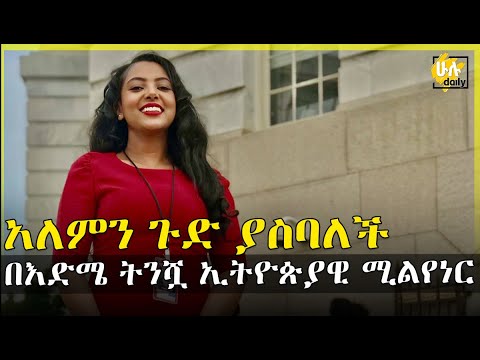 An Ethiopian millionaire is running for municipal council in Colorado. Hanna Bogale, an Ethiopian immigrant, is one of America’s most successful real estate developers. She’s a multi-millionaire. Hannah’s name appears in the social justice movement as well. She’s only lately entered politics. She is a candidate for office in Aurora, Colorado, in the United States. She is a 28-year-old woman. In her age group, she is the youngest contestant. She is the only Ethiopian-born contender, as well as the youngest. My campaign for city council has been going on for a year and a half. At the time, Hannah was in Ethiopia. She flew to Debre Berhan to apply for a license to open an agro-processing business.

Almost a month and a half later, she decided to run for office. At the Black Lion Specialized Hospital, 3,000 patients are waiting for surgery.
Many patients’ surgeries had to be canceled, according to experts in the hospital’s operating room, due to regular flooding and medical equipment damage. We also learned that, in addition to the World Health Organization’s 5% cancellation rate, the Black Lion Hospital had canceled up to 19% of surgeries this year.

Some of the reasons for the delay include the failure of the laundry drier and the time it takes to dry items for treatment.